We got the recommendation to visit the GENNET clinic from M.D. Alice Krebs from IKEM where my husband went for a check-up every year because of his polycystic kidney disease.

The first consultation took place with M.D. Krutilková, with whom we agreed on embryo genetics tests due to my husband’s illness. The doctor explained everything clearly. When we got the results, we made an appointment for an IVF consultation with M.D. Rožníčková. This young, pleasant doctor asked me about my periods, my problems (I had been diagnosed with polycystic ovary syndrome) and for how long we had been trying to get pregnant. She did an ultrasound and sent us to have blood tests. I had to have my blood taken between the 2nd and 3rd day of my cycle due to the hormonal profile and my husband had to have his sperm analysed a urology examination. We were supposed to attend another appointment between the 10th and 12th day of my cycle for an ultrasound and the results. Unfortunately, my husband’s spermiogram did not end well, so he had to start treatment with the andrologist M.D. Viktor Vik. At first it seemed that he would have to undergo TESE (obtaining sperm by surgery), but in the end, after six months, the spermiogram improved and I could start IVF stimulation. 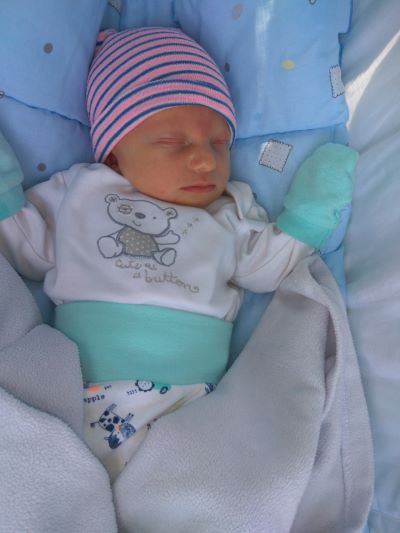 I had a stimulation protocol of 150 IU Puregon – 18 oocytes were obtained; 4 embryos were vitrified. Based on the molecular-genetic examination of the PKD1 gene and the screening of aneuploidy, it was recommended to transfer embryo No. 1: embryos No. 2 and 3 were pathological and embryo No. 4 was not examined. The embryo transfer took place in May 2016, but unfortunately I didn't get pregnant.

The stimulation protocol was changed to 125 IU. 15 oocytes were obtained, 2 embryos were vitrified. After the examination, it was recommended to transfer embryo No. 2; the other embryo was pathological. The transfer took place in October 2016 – I didn't get pregnant. M.D. Rožníčková recommended hysteroscopy, laparoscopy and chromopertubation. The procedure took place in December 2016: everything was fine except for the PCOS, but I knew about that. In January 2017, the doctor suggested a spa. Therefore, we went to Františkovy Lázně, where I went through various procedures and medical examinations over 3 weeks.

I was again stimulated with Gonal 125IU. 15 oocytes were obtained, 1 embryo vitrified. PCR amplification was not ascertained in the embryo, probably due to lack of genetic material. Therefore, we agreed to transfer the embryo without the examination and we were sent for genetic consultation to M.D. Puchmajerová. The doctor approved the transfer that took place in June. Unfortunately, the embryo did not develop after thawing. The result of the pregnancy test was negative.

Before this attempt, my husband went to TESE – we managed to get 5 straws, but we had already arranged for donor sperm just in case. 9 oocytes were obtained after Gonal 125 IU stimulation. We let half of them fertilise with my partner’s sperm and half with the donor sperm.

Upon agreement with the embryologist, a 3-day old embryo from my husband was transferred and the remainder were vitrified on the 5th day. This attempt was successful – I got pregnant. Our Johny celebrated his first birthday on 15 May 2019! 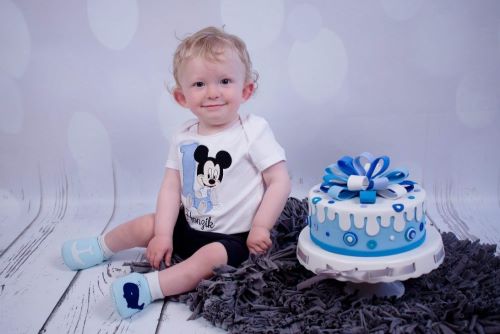 I would like to thank M.D. Rožníčková. She always had a smile for us, was able to support us, always explained everything nicely, gave space for questions and never brushed us off. She is a doctor with her heart in the right place. Our thanks also go to M.D. Vik and all the GENNET nurses, who were always pleasant and cheerful.

My name is Christopher and I was born on 12/11/2021. I weighed 2690g and measured 48cm. My mother and father tried to conceive for a long time and after all, Gennet helped them.

Hi, my name is Courtney and my husband’s name is Mark. Our story about how we struggled to become a family of five is lengthy. It is full of triumph and heart break, but mostly love.

Coming to GENNET from Ireland – usefull tips from our irish patient 21.06.2021

We thank very much to our dear patient from Ireland who agreed to give us an interview about the whole process of IVF treatment, planning the stay in Prague and coming to our clinic. We are happy for her kind…

Just wanted to share with you after 23 years of unexplained infertility. 6 rounds of ivf and various other interventions we now have our precious baby Elsie.